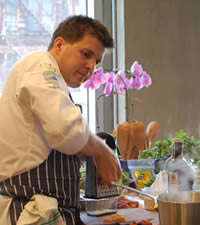 Rob Rees MBE is The Cotswold Chef™. He is a highly skilled chef with over 25 years of experience of food and cooking around the globe. The Cotswold Chef’s credentials are amongst the best in the UK. Recent years have brought Rob to cook in embassies and palaces across the world including Australia, America,Singapore, Japan, UAE and Europe. On every occasion he has celebrated the distinctiveness of the modern British cuisine and the delights of regional ingredients, with glowing reviews in most global food and travel magazines. But more importantly his culinary journeys have inspired and enthused thousands of people. Quite simply Rob is one of the best chefs, food experts and entertainers around.

Koj is a chef, cookery teacher and food writer based near Tetbury in the Cotswolds. He started cooking at a young age but didn't entertain the idea of a career in cooking until he read Anthony Bourdain’s Kitchen Confidential at the age of 21. Instead, he started his working life in the City, and after almost ten years there, he eventually seized the opportunity to turn his passion into his profession, after reaching the pinnacle of amateur cooking success in the final of BBC1’s MasterChef. His first stop was Michel Roux Junior’s Le Gavroche and he has continued a fast track training programme in the kitchens of Michelin star chefs such as Gordon Ramsay, Heston Blumenthal, Brett Graham and Martin Burge at Whatley Manor.

He combines the discipline and techniques learned in top restaurants with his own imagination, flair and creativity, to create bespoke tasting menus for private and corporate clients.   As well as private freelance cooking, he occasionally cooks for the public at pop up events in art galleries, pubs and restaurants across the UK. He also gives cookery lessons and demonstrations at food festivals, entertaining audiences with his anecdotes as much as his cooking. 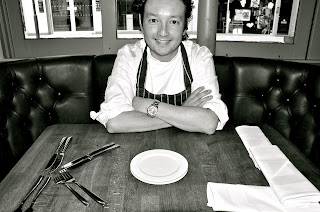 Leon is a really talented young chef now based in Cheltenham.  People travel for miles to enjoy his cooking which is an exciting selection of traditional classics with his own twist together with new and inventive combinations certain to thrill taste buds.
In his own words "I’m passionate about food, I can’t imagine a day where I don’t cook. Since I was 12 I always wanted to be a chef. I’m one of the lucky people that got to do my dream job.
I love all kinds of food, as long as its fresh, seasonal and tasty. "

Peter has worked at The Rectory since the present owners  took over 8 years ago.
He trained under Rob Clayton, the Michelin star chef of Hunstrete House as well as Tony Robson-Burrell formerly of Claridges, Timothy Ford formerly of Sharrow Bay and Summer Lodge and former Roux Scholarship Winner Chris Colmer.

His signature dish is Roasted Cotswold Venison with swede and carrot gratin and blackberry casis and jus.
Pete is passionate about food, working with the Slow Food Movement.  He enjoys sourcing his menu from local, organic and foraged food from our doorstep as well as from our own vegetable patch, herb garden and apple orchard which is just across the road from us at our sister business, The Potting Shed pub.
Spring heralds the start of the wedding season at The Rectory which means a busy few months ahead and Pete enjoys the balance between creating an interesting restaurant menu as well as exceeding the expectations of the bride and groom.
Pete has always wanted to cook after making cakes and biscuits with his mum and grandma.  He in turn, is now passing on his skills to his daughter Rebecca who enjoys making things with her daddy.  When not cooking, Rebecca and Leo, Pete’s young children take up all of his spare time. 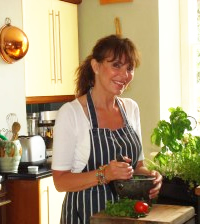 Uma Wylde known locally as 'The Cotswolds Queen of Posh Nosh' is a cookery writer, teacher and food columnist for Cotswold Essence magazine. Uma is an exceptional cook with 30 years experience. She was the resident chef onboard a private, luxury yacht for three years and worked for Crown Society in London, who catered for the G7 Summit, dinners at No.10 and the Queens official birthday. Uma also ran her own catering business “A la Carte” for 10 years. Each week Uma posts a free recipe on her blog. "MAXIMUM FLAVOUR FOR MINIMUM EFFORT" is her motto. Uma says "If you want fast, fabulous, foolproof recipes that work every time, my blog is for you!" And for anyone who enjoys eating sensational food everyday, Uma also gives cooking master classes specialising in everyday easy gourmet meals from her home in Tetbury. 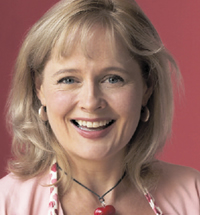 Xanthe Clay is a talented chef and the main food columnist for The Saturday Telegraph. She travelled widely (in Asia, Arabia and South America) before she became a bookseller specialising in cookery books. In order to put her reading into practice she completed a professional cookery course at Leith's School of Food and Wine before setting up and running the kitchen in Bath's fashionable Raincheck Bar. She also started a freelance catering business during that time but remained with the Raincheck Bar on a part-time basis and in an advisory capacity. In June 1999 she began a popular weekly column in the Daily Telegraph, testing and commenting on readers' recipes. It ran for eight years and inspired It's Raining Plums, a collection of readers' recipes edited and introduced by Xanthe and voted one of the most useful cookbooks of all time by Waitrose Food Monthly. Since then she has had Recipes to Know by Heart and Ten Minutes to Table published. 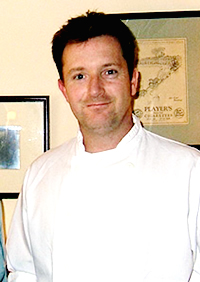 Michael and his wife Sarah owned and ran the Chef's Table in Tetbury before moving to The Butchers Arms at Oakridge Lynch. They were previously at the Trouble House on the outskirts of Tetbury. Whilst at the Trouble House, Michael was awarded a much coveted Michelin star in recognition of the quality of his food. Before moving to The Trouble House Inn, Michael was Head Chef for Gary Rhodes at City Rhodes and was a protégé of Pierre Koffman at La Tante Claire and Raymond Blanc at Le Manoir aux Quat' Saisons. Michael has a passion for simple, rustic French dishes. 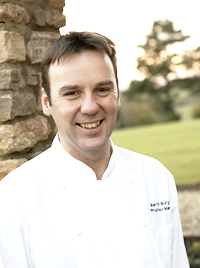 Martin is Head Chef at Whatley Manor, an exclusive private hotel in the heart of the Wiltshire countryside. Before moving to Whatley Manor, Martin had been chef to John Burton Race at his two Michelin star restaurant in the Landmark Hotel, London. His other experience includes leading restaurants such as L’Ortolan , Le Manoir aux Quat’ Saisons and Pied a Terre. He has developed an outstanding reputation for the very finest cuisine since the hotel opened in July 2003 and received the “Chef of the Year 2004” award from the Galivanters Guide. Martin has a passion for the quality of ingredients and the importance of personal control in the kitchen is such that everything diners sample at Whatley Manor, from the breads to the pastries and chocolates, has been prepared in the hotel by his brigade of chefs. In addition, where possible, Martin chooses locally sourced ingredients such as his starter of Cotswold freshwater crayfish poached in a court bouillon served with lobster mousse and shellfish cappuccino.